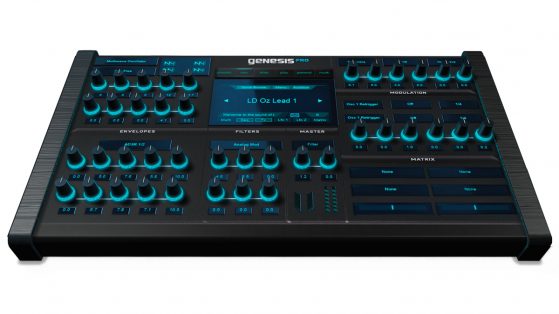 After eight years in the making, Dutch-Turkish DJ and producer, Ummet Ozcan, has announced his own synthesiser, Genesis Pro. The announcement came in the form of a 16 minute and 16 second video uploaded to Ozcan’s Youtube channel, the video itself runs through the vast array of features the plugin has to offer, gives a glimpse into why he chose to develop it in the first place, and explains the reasoning behind the €1 price tag.

Ummet says he’s used every software synthesizer and always found them missing something. To develop his own synth he wanted it to have a unique character all of its own while having an engine that can create any sound you could possibly want. He explains it as being like a digital version of his musical brain and while that may seem complex he also wants it to be straightforward to use.

He closes the video with a heartfelt message:

“I know in my career i did not spend too much time in making tutorials or helping out upcoming producers because basically next to do my shows and making music I was spending all my extra time in finishing Genesis, but after eight years of hard work, it’s finally finished. And this will be my contribution to the music industry.”

Genesis is out now www.oz-soft.com